Localized solutions for waste disposal and energy generation, circular economy models to replace linear economy ones – these are important elements for us if our society is to thrive and survive into the next century. Intelligent investors take note.”

“Part of the reason that Kore suddenly seems to be at the forefront of the pyrolysis race is that it’s had a considerable head start. The company has been quietly operating since 2008 and built its first full-scale pyrolysis machine in 2015....At maximum capacity, one of the machines can process 24 tons of feedstock per day to produce 1,000 kilograms of green hydrogen and six tons of solid carbon char.” 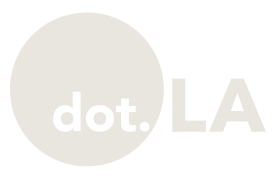 “This is the type of novel approach that we need to see more of that uses sustainable processes," says Ben J. Benoit, chair of the South Coast AQMD Governing Board. "Not only will it divert material from landfills, but the process will create clean energy sources that can be used in fuel cell vehicles and other clean-air technologies.”

"California is a prime location for biomass conversion, as the primary feedstock is plentiful. Kore has partnered with Southern California Gas to develop a commercial-scale demonstration facility in Los Angeles."

“The overall result of Kore’s hard work is a modular system that is safe, easy to service, self-sufficient, repair and it produces carbon-negative fuels and value additive biochar.”

Kore Infrastructure will be essential for logistics business and other business to save the up-coming centuries. – Read article

“The world is only using a fraction of the potential to produce gas from organic waste, which could cover around 20% of today’s global demand for gas. The availability of sustainable feedstocks for these purposes is set to grow by 40% by 2040.”

We use cookies to improve your experience. Learn more.Ok